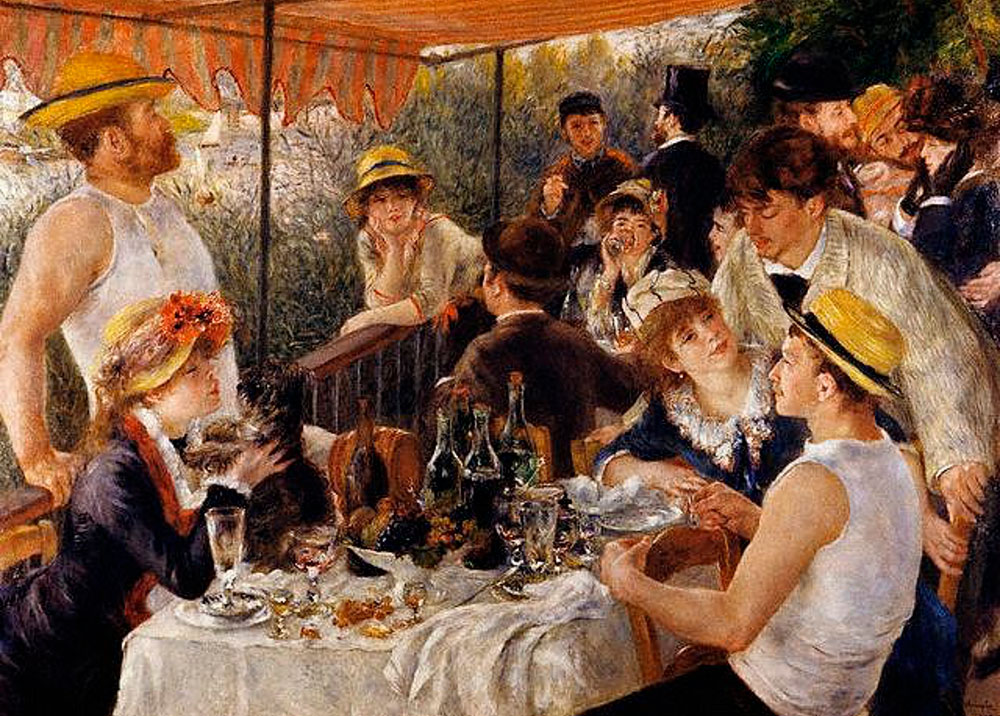 In 1796, a shepherdess named Pétronille Cantecor was the first person to make a hat from straw. Her creation was a huge hit and marked the beginning, in 1798, of what would be a highly successful millinery industry.

The straw hats became popular at the time of Napoleon III, who introduced a policy promoting tourism, leisure and, in particular, canoeing on France’s rivers. In the 1840s, the Paris authorities authorised the use of canoes on the Seine. These small rowing or sailing boats were soon all the rage. The boatmen could be identified by the distinctively shaped straw hats they wore to protect themselves from the sun. Paddling their flimsy boats, they carried their passengers along the Seine or the Marne to the guinguettes, the new drinking and entertainment – or possibly debauchery – establishments which had sprung up along the riverbanks as regattas grew in popularity. Its association with the leisure activities of the time soon turned the straw hats into a fashion accessory. The artists of the time seized on it to convey the atmosphere of the late 19th century. Renoir, for example, produced several paintings featuring people wearing straw hats: Le Déjeuner des canotiers (Luncheon of the boating party), Les canotiers à Chatou (Boatmen at Chatou), La 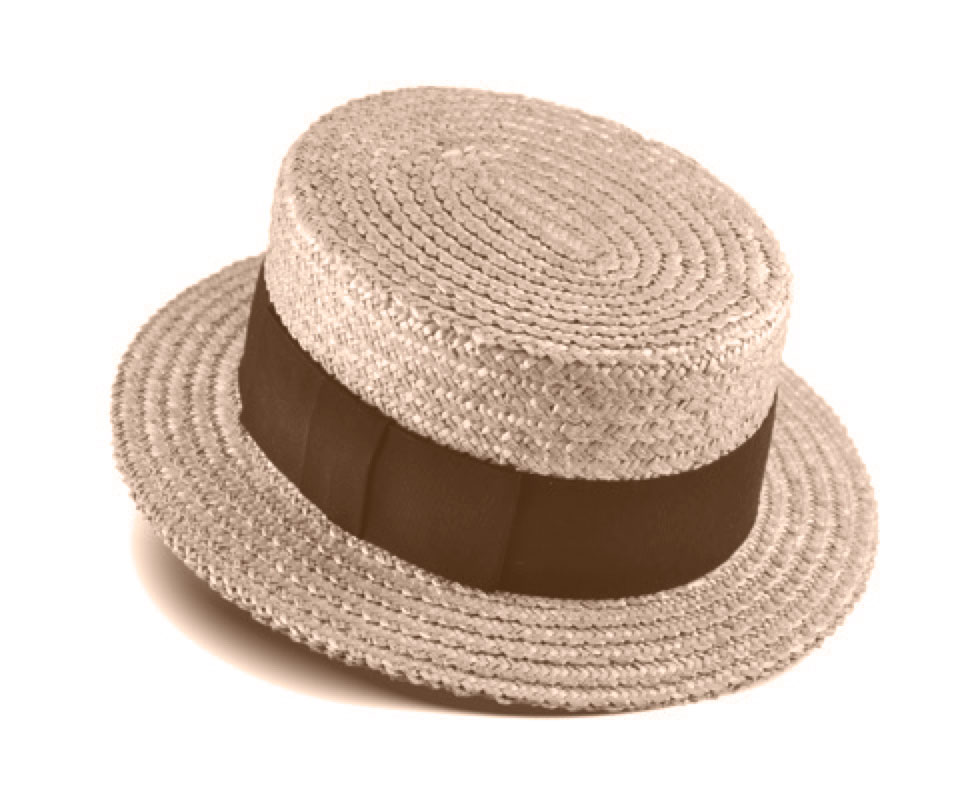 Spectators in stadiums and other sports venues took to wearing straw hats. Originally worn by men, the straw boater became a female accessory when women began to wear them while indulging in sports such as cycling and horse-riding.

And the straw hat didn’t go out of fashion with the advent of the 20th century – quite the opposite, in fact!

During the last century, the straw hat was embraced by singers and entertainers. Its most famous ambassador was undoubtedly Maurice Chevalier. But the hat was also a hit on the other side of the Atlantic with Buster Keaton and particularly Fred Astaire, who made it an essential part of his image.

In the early 20th century, COCO Chanel wore a straw hat to demonstrate that women need no longer wear conspicuous and cumbersome hats.

Other performers who wore a straw hat include Roger Pierre, Jean Marc Thibault and Mireille Mathieu.

Today, the straw hat is a must-have fashion accessory. It features prominently in Haute Couture catwalk shows during fashion weeks. Since the second half of the 19th century, people in Europe and the USA have worn straw hats during the summer months.